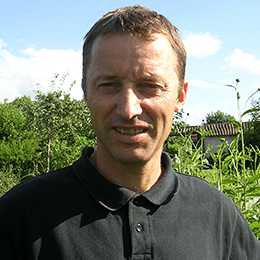 Ecology and Insertion thanks to the reed

The reed bends but never breaks, and purifies. Vincent Paret became aware of this in 2004, as he was working in his Oasis market gardening structure, based in Saint Just Saint Rambert in the Loire.
“We began to take an interest in the question of phyto-epuration. We were talking about that among ourselves. We decided to experiment a complementary activity to our baskets of vegetables : reed nursery. At the time, we happened to be in touch with SEMGARES/INRA, which later became IRTA. IRTA wanted to develop the sector to respond to the new water health standards. We realized there was a significant backlog on that subject in France, especially in rural areas; so we decided to position ourselves. We developed our own nursery, at first to establish ourselves in small towns.”

The concept starts to work. While the approach responds to an unmet need, innovates and suffers very little competition, the demand is doubling every year and has done so for the last 4 years. Then, Vincent Paret decided to separate his market gardening activity from his reed cultivation, to create OASURE in 2008. This new structure is entirely dedicated to purification. It is an insertion structure, under the status of SARL (limited liability company).

Oasure allies social and ecology issues, by becoming at the same time a job integration workshop (ACI in french) and an insertion structure. Affiliated with the integration network named “Jardins de Cocagne”, the structure is developing and diversifying its activities in the production and direct sale of plants, composting reeds, maintenance if water treatment plants, river banks, green spaces, … France Active started to get involved in the developmental stage of this structure, with a 70% guarantee on a bank loan of 35 000 €, 2 solidarity loans of respectively 25 000 € and 15 000 €. In 2019, to fund its investments in equipment (trucks, basins), the structure solicited one more time France Active Loire to guarantee a new loan. “We modernized the technical part, which required regular investments. Each time, we were able to collaborate with France Active, which enabled us to progress both with banks and with our development strategy”.

If the ecological purification sector has not been harshly hit by the crisis, partners and clients of the structure have been. Several orders were postponed during the sanitary crisis, putting Oasure’s cash position under pressure. As such, Vincent Paret turned to France Active Loire, and was granted Solidarity Recovery loan to face its difficulties. “We have the biggest construction site project of our history, on a leisure basin of 4km of circumference, which is equivalent to 100 000 reeds. Covid19 has rescheduled our work. This completely destructured our cash flows, our stocks… we were facing a major financial risk, which the Solidarity Recovery Loan enabled us to mitigate. We can restart serenely”. The 30 000€ loan is spread over 36 months and Oasure is calling on another insertion structure to help on this big work project. A fine example of recovery through solidarity-based cooperation in territories !

Have a benefit of

from a solidarity recovery loan of

from some guarantees of